By continuing your navigation on https://cagnotte-solidaire.restosducoeur.org you agree to the use of cookies and similar technologies to ensure the nominal operation of the website (eg. maintain your connection). 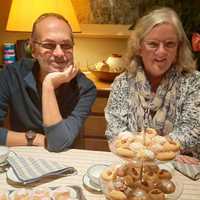 With heartfelt thanks to our dear friends for their donations during the funeral collection. I canʼt think of a more worthy cause.